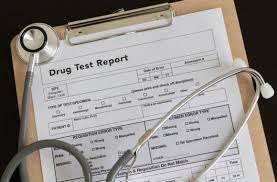 There are many possible reasons why you could be drug tested at some point in your life and if you have an illegal substance in your blood, it could be a bad thing for your career or life in general. Drug testing can be requested by potential employers, current employers or through the justice system. They are conducted to check, for whatever reason, if you have any drugs in your system.

If you are applying for a new job, depending on what you are doing, you may be asked to take part in drug testing. Many jobs that involve use of machinery or passenger vehicles and some construction jobs ask for these tests to ensure that their employees will be operating in a safe manner with a clear head and no influence of illegal substances. If you refuse the test or fail it, you will likely be disqualified from the job competition. Some companies may require random testing to be done throughout your employment to ensure you are abiding by the company rules. You will be told about this before you are hired but there may or may not be any notice given for when the test actually takes place. Again, if you refuse or fail the test, you may lose your job.

Another scenario that could involve this type of testing would be if you are arrested or suspected of a crime and find yourself in a legal battle. Drug testing could be requested especially if you are involved in a serious car accident. Your lawyer will explain the pros and cons of participating.

Drug testing is not a new thing but in recent years, the way it’s done has changed drastically and there are new developments in the technology all the time. The testing is usually done in a clinic or hospital setting or, in the case of your work, a nurse or other qualified person may be set up on-site to do the testing. The person requesting the test could be looking for any kind of drug or combination of drugs such as opiates, marijuana or cocaine or amphetamines. Some drugs are only detected some certain tests so more than one type of test may be needed to get the necessary information. There are several main types of drug tests including saliva, blood, urine and hair. Blood testing is the most accurate and involves taking blood with a needle. Hair testing is controversial because some drugs stay in the hair for months and months afterward even if the individual did not do the drug in that time. Urine testing is the most commonly used and simply involves collecting a sample of urine to analyze. Saliva testing is becoming more common and involves taking a swab from the inside of the mouth.